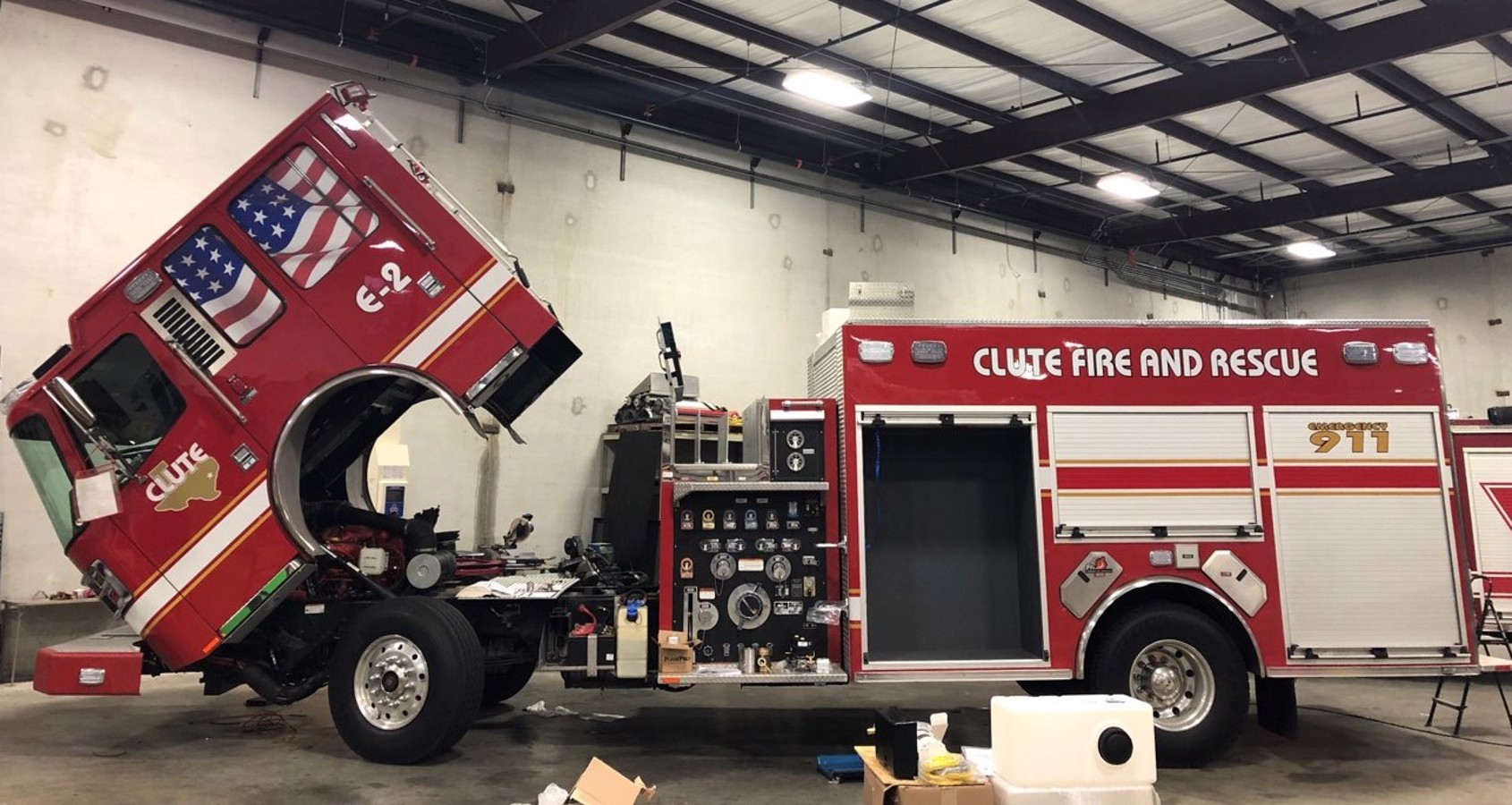 The Texas Boys' latest project was a top-of-the-line upfit of a rescue pumper for the Clute Fire Department.

Jeff Wiles' Houston service team — including Tom Chambers, Craig Lifford, and Jesus "Chuy" Monclova — handled the project, which consisted of numerous upgrades necessary to get this pumper performing at its highest level.

Among the tasks required was the upgrading of the vehicle's electrical and lighting systems, which was completed by Chuy Monclova, and which involved the addition of aux plugs for portable lights, a new console, and the installation of a Motorola APEX 4500 with two control heads.

Other upgrades included the installation of new shelves and trays, which were done in house by our star fabricator, Craig Lifford. Craig and Tom Chambers wrapped up the project with the installation of the Foam Pro 2001, which features two 20-gallon tanks.

Lone Star Emergency Group and the Texas Boys are excited to have completed this upfit for the Clute FD.

Our Houston service center is our largest service center at 32,000 square feet, and serves as our corporate headquarters. This service center currently houses a parts and loose equipment distribution team, a fabrication shop, a fire and ambulance service team, and an upfitting team.