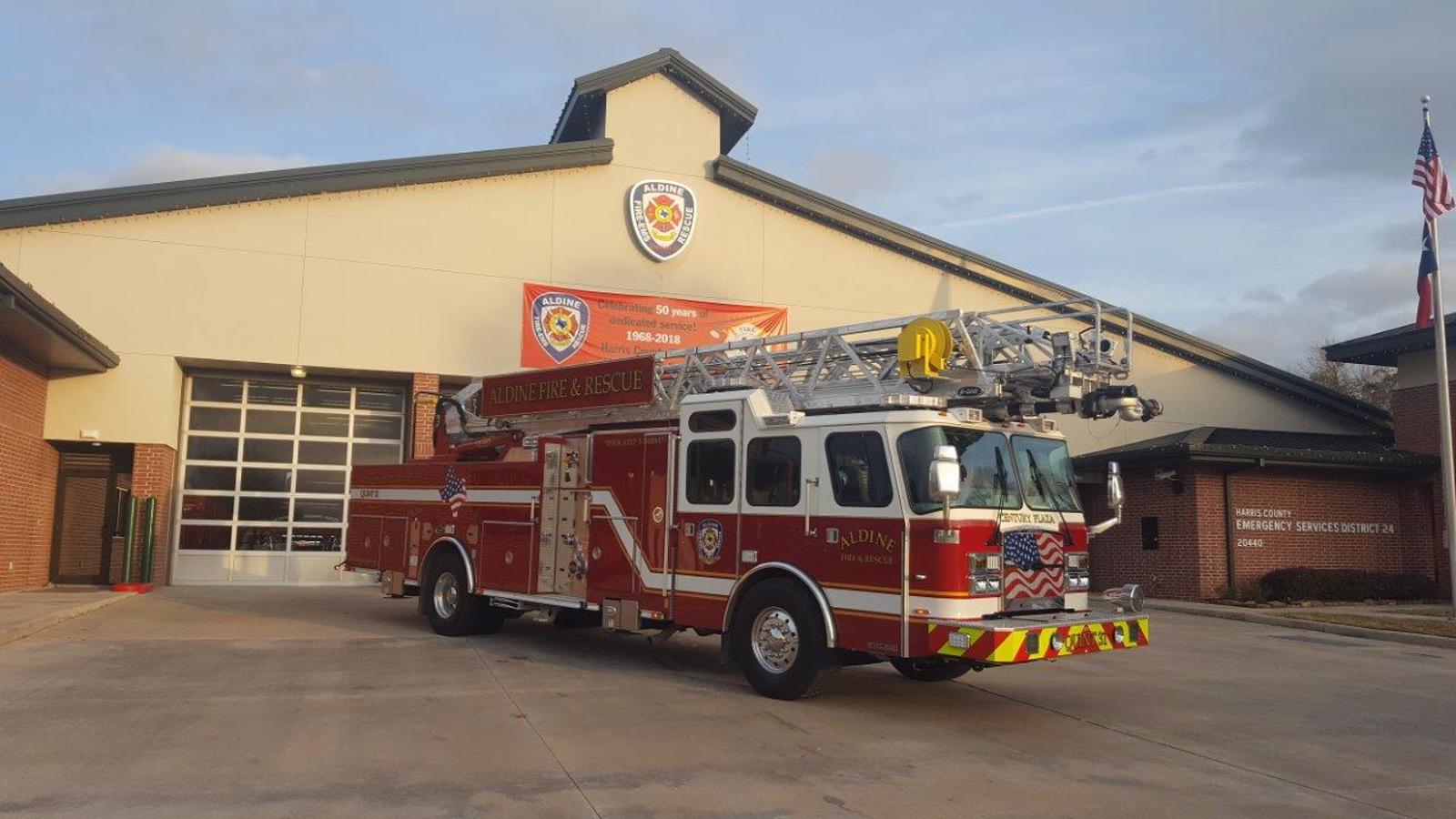 As we enter the new year, Lone Star Emergency Group and Lone Star's service team, affectionately known as "The Texas Boys," have already been turning and burning across the state. The Texas Boys have finished multiple projects, and are working tirelessly day in and day out to keep our customers well maintained, fully repaired, and serving the citizens of The Lone Star state.

As things have gotten off to a quick start, we have hit the ground running with an upfit on a brand-new E-One HR 100 Quint single axle ladder truck that was recently sold to Aldine Fire and Rescue. Some of the upfit items that were completed before this truck was delivered and hit the road include: a custom slide out upgrade built in house by Craig Lifford, an intercom installation by Tom Chambers, and electrical work completed on the outside of the truck by Wendel Golden.

Lone Star Emergency Group and the Texas Boys service team are thrilled to have sold and completed an immaculate upfit on the Aldine Fire department's first E-One ladder truck.

Our Houston service center is our largest service center at 32,000 square feet, and serves as our corporate headquarters. This service center currently houses a parts and loose equipment distribution team, a fabrication shop, a fire and ambulance service team, and an upfitting team.